Book Blitz: Of Sea and Stone

Welcome to the book blitz for the fantastic new book Of Sea and Stone. During this book blitz you will have the chance to enter a great giveaway, read an excerpt from this brand new book and even better read a Q&A with the brilliant author. Thank you to Xpresso Book Tours for organising this blitz.

Now on with the fun 🙂 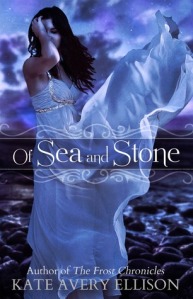 All her life, clever Aemi has been a slave in the Village of the Rocks, a place where the sea and sky meet. She’s heard the stories about the fabled People of the Sea, a people who possess unimaginable technology who live below the waves in the dark, secret places of the ocean. But she never dreamed those stories were true.

When a ship emerges from the ocean and men burn her village, Aemi is captured, and enslaved below the waves in Itlantis, a world filled with ancient cities of glass and metal, floating gardens, and wondrous devices that seem to work magic. To make matters worse, her village nemesis, the stuck-up mayor’s son Nol, was captured with her, and they are made servants in the same household beneath the sea.

Desperate to be free, Aemi plots her escape, even going so far as to work with Nol. But the sea holds more secrets than she realizes, and escape might not be as simple as leaving…

If you like the sound of this book then you can find the buying links below.

The broad stone ground of the Training Rock was warm and smooth beneath my bare feet. A salt-scented wind teased the tendrils of hair escaping from beneath my hood. I straightened my spine and lifted my chin as if I belonged as I approached the group of boys and young men, who stood in a haphazard line before the target of wood.

I took my place at the end of the line.

The smell of salt filled the air. Gulls screamed overhead as the first boy drew back his arm and threw his spear. It glanced off the target and clattered on the rock. His face creased with disgust, and he turned away. The second boy threw, and the tip of his spear embedded itself in the corner of the target.

I was better at throwing than any of these boys. I’d always been good at it, better than anyone else my age when I was small enough to swim in the shallows with the free children and sleep in my mother’s arms at night. My mother had beamed with pride to see me throw, and so I continued to hone my skill even after she was gone. Sometimes I went out to the edge of the rocks that formed a ring around the sea like a circle of stone arms, and I caught fish to put on the fire so Nealla and I could eat more than the meager food we were provided for our meals. I was better than all of them, but being a girl banned me from participating in the competition.

At the front of the line stood Nol, the oldest in the competition and the favorite of the crowd. He cast a glance my way, but didn’t look long. I exhaled as he turned his head away.

One by one, the boys threw their spears. They were still learning, and few were good yet. The aim of a fisherman was impeccable, once he’d mastered the art, but these were just boys.

I swallowed as the boy beside me took his turn, and then it was mine. I stepped forward and hefted my spear. The weight was familiar in my hand. I inhaled, squinted at the target, and threw.

The spear buried itself at the edge of the middle circle. A few of the boys cried out in appreciation. Sweat broke out across my back.

I hadn’t meant to throw quite so well.

Nol turned his head again to look at me. He wasn’t stupid, even if he was infuriating. He’d seen Kit throw before.

I held my breath, and he looked away.

Those who had struck the target gathered their spears and tried again. There were only a few of us, and the number rapidly dwindled. I threw poorly, but my spear seemed to swerve to meet the target against my will, and the rest of the boys threw with the skill of drunken monkeys. Finally, only Nol and I were left.

My heart drummed in my chest. I didn’t dare look at Nol or the crowd.

“You’ve improved, Kit,” Nol said as he passed me to retrieve his spear.

It was clear by the way he strode toward the target that he thought victory was assured for him. He barely spared me a glance as he drew back his arm to throw.

Nol threw first. His spear struck the inner circle of the target, and he straightened, pleased. I could tell by his posture that he thought he’d won. The necklace of shell he always wore tinkled faintly as he turned to me. He yanked off his mask, and his expression was triumphant.

I drew my arm back and took aim. I heard the rush of the sea behind me, the cry of gulls above me, and the hiss of my breath over my teeth as I threw. Sea and gulls and breath combined to make music. I shut my eyes and threw.

My spear hit the mark and quivered.

It had struck closer to the center.

The boys roared in approval and swarmed around me. Nol’s jaw tightened, and he shot a glance toward the crowd. I saw his father, the mayor, frowning.

I stepped forward to receive my prize. As I passed Nol, suspicion crossed his face. He snatched off my mask, dislodging my hood in the process.

My long hair tumbled down around my shoulders. Wind fanned my face.

The crowd gasped. Nol let go of me as if he’d been burned.

The spear master grabbed for me. His fingers slipped through my hair, giving one painful tug, then the strands ripped from my scalp and I ran faster. I reached the edge of the cliff, dropped Kit’s spear, and jumped.

The rock was hard beneath my feet as I leaped, and then salty air rushed around me, the gulls’ screams filled my ears, and I was falling, falling, falling through air and wind and sunlight. I brought my arms forward right before I entered the water in a perfect dive.

Bubbles exploded across my vision as I hit the water. Blue closed around me, cold and shocking, shutting out the shouts above. My chest skimmed the sandy bottom of the lagoon. Fish shot away, and seaweed snagged my ankles. The rocks of the bay were dark against the orange light of the dying sun.

I swam a ways from the cliff, holding my breath, kicking my legs to propel myself forward.

When my head broke the surface, I heard the spear master shouting after me. I swam away, my arms making sure, even strokes as his threats echoed across the water after me. I had no fear that he would jump in after me. I was one of the strongest swimmers in the village. He couldn’t catch me, and he wouldn’t try.

But I couldn’t swim forever.

Get to know the author:

I live in Georgia with my wonderful husband and two spoiled cats. When I’m not writing, I’m usually catching up on my extensive Netflix queue, reading a book, giggling at something funny online, or trying to convince my husband to give me just ONE bite of whatever he’s eating.

Learn more about my writing and books at my blog (http://thesouthernscrawl.blogspot.com/), find teasers for upcoming works on my Facebook page (https://www.facebook.com/kateaveryellison), and subscribe to my new releases newsletter to be notified of new novels as soon as they hit stores (https://tinyletter.com/kateaveryellison)!

Describe Of Sea and Stone in six words.

What books have you read and loved lately?

I am almost finished with Finnikin of the Rock by Melina Marchetta, and it’s an absolute delight. Witty, immersive, and utterly compelling fantasy that reminds me very much of my beloved Megan Whalen Turner books.

Ice cream cake, of course! It’s the best of both worlds.

What authors have influenced your writing style the most?

I grew up on a pretty steady diet of mystery, actually, so I feel like classic mystery authors like Agatha Christie had a strong influence on me. When I was a teenager, I started reading fantasy by authors like Robin McKinley, Gail Carson Levine, and Sherwood Smith. The Blue Sword, Ella Enchanted, Crown Duel…I loved those books. I also had a huge love of historical fiction, so Ann Rinaldi, Elizabeth George Speare, and Eloise Jarvis McGraw influenced me a lot as well. As far as more recently-written books that I didn’t grow up reading, I continue to be an awe of fantasy authors Megan Whalen Turner (The Thief, The Queen of Attolia, etc.) and Melina Marchetta (Finnikin of the Rock), dystopian author Suzanne Collins (The Hunger Games), and contemporary young adult authors Lucy Christopher (Stolen) and John Green (A Fault in Our Stars).

Who has been the most supportive person in your writing career?

My husband. About two years into trying to get published, I was ready to give up on my stories and get a job doing something tremendously ill-suited for me, like being a secretary (I am a very bad secretary. Very disorganized). He convinced me to give it more time, and he is probably the sole reason I am published today. He is my first reader, my strongest encourager, and my most reliable critic.

Are you working on anything else currently?

Yes! I’m currently hard at work on the second book in the Secrets of Itlantis series, and I’m also working on a few secret projects on the side—one is a more traditional fantasy, another is a post-apocalyptic novel. I hope to have more details about them for my readers very soon. 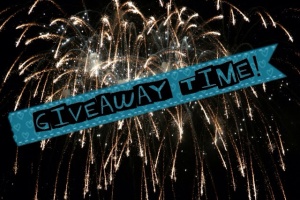 You now have the chance to enter a great giveaway to win a $50 Amazon gift card. This is an international giveaway and all you have to do to enter is click on the link below. Good luck!

Thank you for stopping by and taking part in this book blitz. Be sure to check this book out as it seems like it would be worth the read 🙂

This entry was posted in Book Blitz.